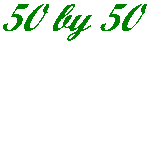 This one probably needs a wee bit of context. I mean, it’s not like red-winged black birds (RWBBs) are uncommon, right? You can find them near just about any marsh area, particularly if there are bullrushes. Or bowrushes, however you learned the word.

When I was growing up, we had a trailer out on Chemong Lake, 20 minutes north of Peterborough. Great location, good area, not too crowded, a great summer area. And each spring, usually on the 24th of May weekend when us kids were really young, my parents would “open up” the trailer for the year. Initially that was an A-frame camper trailer with a big porch on the front. Later we added a small trailer, and later still, we replaced everything with a long 40 foot construction trailer with living room area, kitchen and two bedrooms. Plus a big permanent porch on the front, oil stove, and winterized.

But still, come spring, we were starting to set up and settle in around the 24th of May weekend. A few weeks before we would have already started going out there on weekends, and putting up with the chilly nights. Sometimes going fishing for opening weekend (or shhh, maybe even casting off the shore before opening weekend).

Yet every spring, the biggest sign of the spring being clearly there and summer being just around the corner was the arrival of the RWBBs to the area. Not too far from the trailer was a long set of bullrushes. We called it the swamp, and I suppose it was, but not in the typical smelly bog sort of way. And where there are bullrushes, RWBBs make nests. And give off their shrill bird calls.

So RWBBs represent a lot of things to me. Spring time, leading to eventual summer. A connection to the past. A sense of nostalgia and wonder together. And I just think they’re beautiful.

So, usually, after PolySpring, I want to go for a walk somewhere like the Bruce Pit and see them. In the last couple of years, I started to think about photographing them, and occasionally I’ve gotten a good shot here or there. Not any good spring shots though, more later in the year. Back in May, we went, Andrea, Jacob and I. We almost always do the fall hike, kind of a small tradition for us. But I prefer spring, I confess. Because the RWBBs are all “new” to me after a long winter.

I got three pretty decent shots when zoomed and cropped:

And right in the middle of the hike, I tried for a shot of a butterfly. I didn’t even think I got it, to be honest. It closed up its wings at first, which wasn’t worth seeing, and then it opened them and flew off while the camera was still clicking. I thought I had missed it. Then when I was processing the shots, I found this (slight cropping):

Surprised me, and I like it ALMOST as much as the shots of the RWBBs. Almost. 🙂