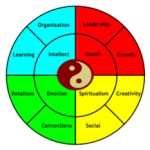 I’ve been looking for a light chili recipe that wasn’t too heavy on beans, or a stew that wasn’t completely tomato-based or heavy, or a dip that was tasty without being overwhelming. Hence trying this Cowboy Beef Dip (REC0006).

We adapted it from a recipe in a ground beef recipe book, which might sound a bit silly in and of itself — who needs recipes for using ground beef? The thing is that Andrea has these great Epicure silicone steamers that you can cook the ground beef in pretty fast and drain easily, without having to use a skillet (which I kind of hate). I do better with a dutch oven, with the high sides, but in a skillet, I frequently spill stuff over the sides trying to flip or stir. However, since this recipe had other ingredients to merge with the beef, we did it all in the skillet for this round anyway.

The base ingredients were easy — onions, peppers, ground beef of course, salsa and some spices. It also called for olives, chilies and jalapeno peppers, but we ditched those as I wanted to keep it light (I’ve listed them as a variation in the recipe for those who want some kick).

The only real wrinkle in the recipe is that it called for a 10 oz can of condensed nacho cheese soup. I don’t even know where you would find that in Canada. As it turns out, Andrea had an Epicure nacho cheese dip mix / powder, so we used some of that and she mixed it with a cup of sour cream (which was originally just for a topping).

This made the sauce much creamier of course and it was AWESOME. When we had the sweet curry chicken, it took a bit to grow on me, maybe 8 or 9 bites. This one was tasty from the word go.

And the prep and cooking were relatively easy, no big challenges. It went so fast, and we were sitting down eating it, I forgot to even take any pictures. But definitely another “keeper”. Pretty simple, and quite tasty. I was doubtful Jacob would like it that much, but I should have known with the tortilla chips, he would be all over it.

I thought initially about pouring it over the tortilla chips like nachos, but it was great as a dip. It would be easy to increase the quantities as it is enough for three people (or 2.5 if one is a little guy!), but not much left over.