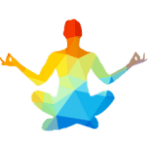 I’ve been wanting to sit down and write a regular blog about interesting questions to ask myself, and some people do it daily. But a daily blog is a bit of a grind when the real intent is learning, so I’m going to ask myself seven questions a week. Let’s see what I can learn about myself.

001. In what area of your life are you most successful? What lessons can you learn from that?

An interesting question right off the bat. It goes to the heart of who I am — not in what I am most successful at but in defining what success looks like. It isn’t a hard one for me, ever since I was 33/34 and emerging from my tadpole years of self-reflection, I’ve always known what success looks like to me. Being true to my self and, where possible, achieving my potential. It’s inward-focused, as most of my thoughts are at first glance. The lessons that derive from that are obvious — I need to continually reassess my behaviour, my motivations, my actions, to know if I am being “me”.

002. What words of advice would your 80-year-old self give to you now?

I think my advice would be a further reminder that inward-looking leaves you alone. The most important roles I play — son, husband, father — are all by their nature outward-looking. They require me to be present, not to simply analyse.

003. What has been the main cause(s) for feelings of unhappiness throughout your life?

I think that depends on which part of my life I reflect on. When I was growing up, starting my life, building a new life in Ottawa, I struggled with what I wanted others to do or be, or how I wanted them to treat me, not based on who they were but on who I wanted them to be. Family, friends, lovers. If I had to articulate it, as I am forcing myself to do now, I think the closest I can come is to say that I didn’t accept myself to be myself, so I didn’t know how to accept them to be themselves. I struggled with disappointment, not for people not living up to some high standard or anything, just more people not behaving the way I wanted/hoped they would.

004. What has been the main cause(s) for feelings of happiness throughout your life?

There’s no revelation or insight there, it is the same cause for most people. Making connections to others. Family, friends, my wife, my son. Yet running a slightly distant second is connecting simply with myself.

005. Make a chronological list of the moments that made who you are today when it comes to love and relationships.

006. What has life been trying to tell you over the past few years?

It would be facile to say simply that I’m getting old. More pointedly, it is that I have fewer years left than I have already spent, and if I want them to be something unique, I can’t simply drift along. Not majorly, not a mid-life crisis or anything, I am far too self-aware or arrogant to feel like any impending crisis of faith in myself is looming. It is more, I think, simply that I am looking ahead to retirement in five years, and while I enjoy my work generally, I don’t want to do it forever. I will hopefully retire when I am eligible, not stick around because I have nothing better to do. I have lots of ideas for my retirement, even though I strongly suspect that I haven’t yet found my passion to explore in retirement. Writing will continue, I hope, maybe just in the form of this website.

007. What is the role of most news media in shaping our beliefs for this world? Is it a message of love or one of fear they share? Reflect on that answer.

Lots of people find this question highly profound. From the Medium is the Message to the role of Fox News, deep troubling “issues of society” are at play. Or so I hear. To me, it is more like a triangle between society, religion and government. Society is always in constant flux, the cutting-edge of change, and I think news media is constantly trying to understand it, and share the info as soon as it can. Is it “shocking” more than “warm fuzzies”? Change often is. There are constant battles on the margins. Religion, by contrast, tends to offer a core stability, something that is NOT changing with the times. Deep roots to hold fast during storms that rage around a church, but not in the church. And thirdly, government, which tries to manage the worst aspects of change, to reduce the negative effects of chaos, to keep the screams down to a roar, where it can. News media doesn’t exist in isolation as a randomly charged ion…it interacts with the rest of society, bounces off it and government, identifies areas where all the forces in that environment are colliding. The latest news, so to speak, is the latest collision. Assigning a message of love or fear to its role is too anthropomorphic for my tastes.

An interesting list of questions. Which one would challenge you the most to answer?