So I have always had interesting sleep patterns. Bouts of insomnia, bouts of oversleeping. Frequently waking up with a sore jaw because I’m a grinder. But apnea wasn’t really on my list of likely causes of sleep problems. Mostly cuz I’m fortunate enough to share my bed with someone familiar with sleep apnea and I wasn’t showing the regular signs of jerking awake, obstructed breathing, making choking noises in my sleep, or even restless leg syndrome of twitching while sleeping. Sure, I occasionally snore, but more so when I ended up on my back than my usual side.

Last January (2015), I headed off though for a sleep study. Really I thought I was mostly grinding, but open to seeing what other problems I might have that caused me to sleep so badly. Andrea had done a sleep test years before, so I was open to it. However, in the pre-meeting with the doctor for the first time, I had a less than stellar beginning. I filled out the patient history forms, blah blah blah, the doctor calls me in, he hasn’t read through them yet, and he starts to go through them with me. Thirty seconds in he basically tells me 50% of people have sleep apnea, he thinks I have severe apnea and I should not only do the sleep test but I can go ahead and book an appointment with a CPAP vendor. Really? You haven’t even read my forms or done the test but you’re already giving me my diagnosis? Based on what — the fact that I’m fat? Really? He even as I was leaving suggested a specific vendor I should go to…something, by the way, that I know violates just about every ethical standard there is for medicine because it shows up regularly as a frustration for patients. Like when I needed someone to do stuff for Jacob and they were reluctant to tell me which doctor or private specialist to go see, preferring to just give us the list and let us choose. Yet this guy had no trouble pointing to one, nudge, nudge, wink, wink.

Whatever, I went to the sleep study. I figured these people would be more clinically detached. Nope, the woman basically told me as soon as I walked in that I had sleep apnea, would need a machine for the rest of my life, etc. Did the sleep test with half the night with no machines and half the night with constant air pressure. I couldn’t tell the difference honestly. Didn’t seem to make any difference at all. 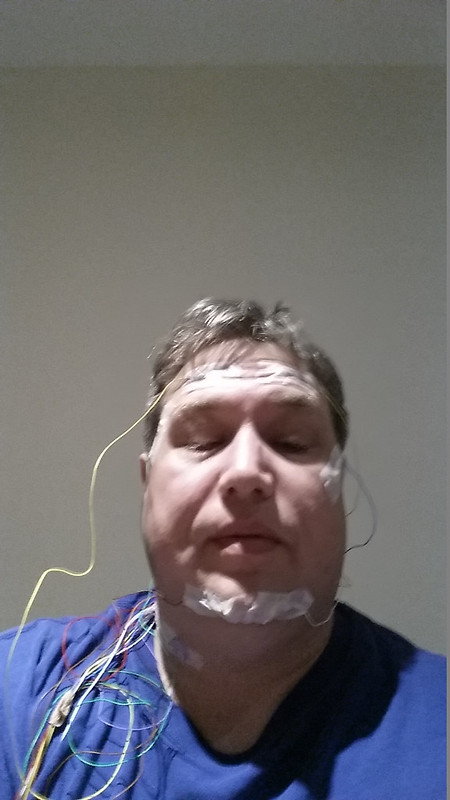 In the end, I didn’t follow up and tried other stuff over the last year. We got a new mattress which helped. I stopped having caffeine most days after 4:00 p.m., and tried cutting back more generally. A few other things. When I follow the regime, it helps; then I get busy, fall into old habits, and it doesn’t work. However, I was at a massage the one day, and I kind of dozed off for part of it. And the RMT asked me afterwards if I have a CPAP machine or not, cuz I was definitely stopping breathing while I was dozing. Good to know. Another RMT told me the same thing. Again, good to know, and oddly enough, I trust both of them farther than I could throw the quack I saw in the first place.

Fast-forward to the new year, I’ve been thinking of redoing the test with someone else, and I found out that a friend had used a company called Inspiration Medic and was really finding it to work out well in getting the right fit for the masks, etc. Encouraging. Partly because most people I know who have stories about CPAP machines or mouth devices fall into one of two camps — either it did nothing for them, and there was virtually no impact (often because they couldn’t get the right settings, but might have also been misdiagnosed too) OR they think it’s the greatest invention of all time and can’t believe they didn’t do it earlier. Most people I know have been in the first camp. Mild improvements at best.

But with the encouragement that someone got it to work well with Inspiration Medic, I set up an appointment last week for this week, got the sleep clinic to send over the paperwork with the settings, and I went tonight.

Finding the right mask is always the biggest challenge, with air pressure settings often the secondary problem. In my case, I qualify for APAP which instead of “Constant” air pressure I get “Auto” i.e. it ramps up when I seem to need it, and ramps down when I don’t. It’s more expensive than CPAP (of course) so the government only funds APAP if you meet the medical criteria in the sleep test. Great — I sucked bad enough that I qualify for APAP!

Tried three masks tonight, got a loaner unit, all set up, and with the mask on, Andrea can’t even hear it. Nice little machine. So tonight will be the first night. I may not make it the whole night the first night wearing the gear, but I’ll try.

I’m nervous, but resolute. Onward for the path to improved sleeping, I hope!

Yeah! I found that I was using my machine for about 2 hours at first and then worked up from there.