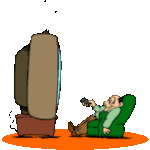 So about a month ago, I reviewed what I thought was a leaked copy of the series premiere of Heroes: Reborn (Six 2015-16 TV premieres: Supergirl, Minority Report, Blindspot, Public Morals, Heroes: Reborn, Hand of God). It turned out however that what I was actually reviewing was a prequel of webisodes online to give a bit of transitional backstory between the old show and the new. Oops, my bad.

But that experience lowered my expectations too. It was pretty far from the mystery of Season 1 of the original Heroes, where the “Save the cheerleader, save the world” mantra kept me tuning in each week. No, the webisodes were slightly better than season 2 or 3 of the old show as it tanked, but not a slam dunk.

The actual series premiere, however? Over the top, slam dunk, no word of a lie, absolutely awesome. I am hooked big time. I rarely gush about a show, perhaps jaded by the number of times I’ve seen a strong premise totally tank a few episodes later, but I have to gush about this one. Like the original, there are multiple storylines running concurrently, weaving, bobbing, and intersecting.

Noah Bennett is back, having learned that something big and bad is coming and he wants to find out what he has forgotten. And his daughter Clare-bear? She might not have died in Odessa during the terrorist attack. She might still be alive. Noah has teamed up with the nutjob truther from the webisodes,

There’s a Mexican wrestler superhero with super strength who is helping Evos (evolved humans) with an underground railway, and his brother might have to take his place.

There’s a kid, young, compelling, with a naive innocent girlfriend, who is a teleporter. With an evo named Casper Abraham following him around (remember Laroche from The Mentalist? Pruitt Taylor Vince is his real name, doesn’t exactly roll off the tongue, but yeah, that guy).

There’s a girl in Japan, who can enter into video games, and is searching for her father (also trapped in a game), with a young gamer helping her.

And finally, there’s a husband and wife out for revenge against all Evos because their son was killed.

At least four of those stories are completely compelling.

I am so in for the duration, it is ridiculous.