Awhile ago, I picked up a copy of “If… (Questions for the Game of Life)” by Evelyn McFarlane and James Saywell (Villard Books, 1995). I don’t even remember how I got it…gift, impulse buy, used, whatever. But the idea behind it is a list of “If…” questions that you can ask yourself or others in a group to have a fun or excruciating series of conversations about people creativity, wishes, and whims. If you could only eat one food for the rest of your life, what would it be? If you could have dinner with anyone in history for one night, who would it be? You get the idea. And so while I have this book, and several others, that ask similar questions to ponder, I really thought I would use them to ask myself questions for my blog. Ideas that could spark my own creative thought for a day.

The book is not organized around any real themes, just series of question after question, although some are related as you go — having dinner with someone alive, or having dinner with someone from history, for example. I had illusions that I would first go through and categorize them and maybe consider a bunch about people or actions at a time, or on a rotation basis. Kind of like avoiding quotes on the same theme and being more diverse when I post. I got about 10 pages in, and got bored. Instead, I’m just going to go through manually in order and choose one that appeals to me and skip ones that don’t.

I’m going to skip “if you were to be granted one wish, what would it be?” as that is just too generic to me, and some silly ones for cocktail parties about spending nights alone with people around the world or throughout history (eyebrow raise, eyebrow raise).

But one that appeals to me asks about teleporting somewhere on earth. If I modify it slightly, I’ll answer the question:

If you could physically transport yourself to any place in the world at this moment for one day, where would you go?

I tweaked it assuming I could get back afterwards, not just the equivalent of a simple free air ticket somewhere, and that you are only going for the day. I have a few choices that leap out at me.

Florence would be a great choice right now to go for the day because my wife is there. But we could do that on our own without using up a great gift of a wish.

Australia and New Zealand are on my bucket lists to visit, but I wouldn’t want to go alone, so those are out. I feel the same way about the Galapagos and Patagonia, as well as Antarctica.

I could name a couple of dozen places that would be awesome to visit to do astronomy but I don’t know any that would rise to the level of a single wish.

Great wonders, big waterfalls, island oases, all of it would be possible, sure, but as I thought about some of them, I realized none of them would pull at my heartstrings.

I started to think about what would be one that would be guaranteed to be meaningful, that would be worth such a wish. And suddenly my answer was clear. I would want to go a place that already holds meaning to me, an obvious place of resonance and not just curiosity, and one that I am unlikely to visit again anytime soon. Too many other destinations calling for attention.

I would want to go back to Ke’e Beach, on the island of Kauai in Hawaii. Andrea and I went there on our honeymoon and watched the sunset. 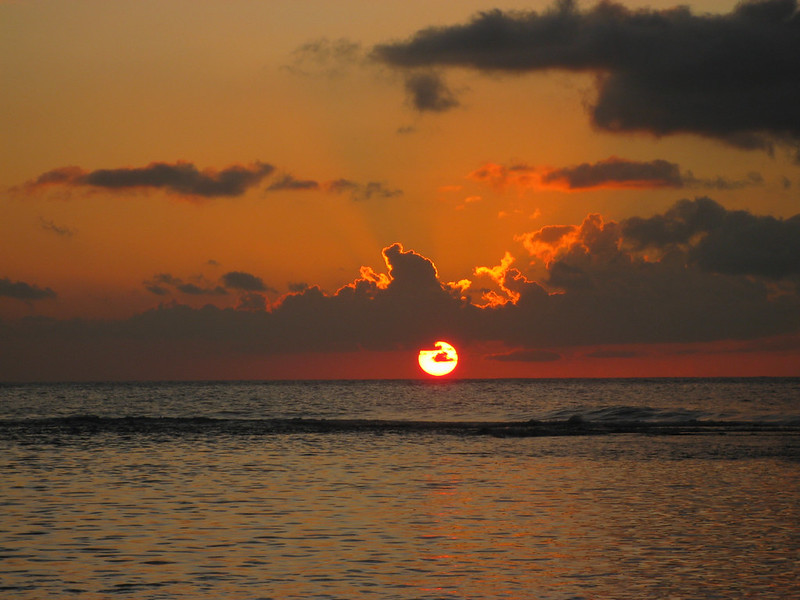 If I could go somewhere to just sit and chill, that would be it. Which would be possible now that it all reopened after the rainfall devastation in 2018.

Where would you go?