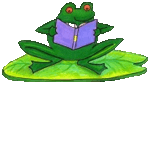 Barbara Simons, retired airline exec, has purchased a ride-along-with-the-police-for-a-night in an auction, and this is her night — after several hours of boredom, the police respond to a murder scene. By happenstance, it is someone that she knows: a former exec of the same airline has been murdered. Ever inquisitive, Barbara comforts the widow, talks to the deceased’s sister, goes to the wake and then to the funeral.

There are several elements in this book that make the story fly along faster than the previous book in the series (Perilous Friends). There are fewer sub-stories distracting from the main plot, and the streamlining makes for a more coherent story. The writing itself is better as well, and the new characters are fleshed out where appropriate. Most importantly, there is the reintroduction of romantic options for Barbara in terms of the handsome cop Greg, as well as a not-yet-defined relationship with a new male sidekick.

There isn’t anything big that I didn’t like in this book, just a couple of small things. First, the relationship-cliffhanger from the end of the last book is not a major part of this book, and is instead left sitting there in limbo for a good portion of this book (until pg. 121). One of the reasons I tracked this book down was the ending of the last book — I didn’t like the cliff-hanger aspect, but I had to know what happened (normally, my To-Be-Read pile is so big that I never take the time to search for a specific book). But her out-of-town BF had been coming to visit her in the last book for what she thought was going to be a big weekend with some important announcement or question, and I expected some sort of resolution here. It doesn’t happen. For this book, the ending is a little weaker than the rest of the story, and it all comes together a little too quickly for my tastes, but it is handled rather well except for a small problem of logistics in terms of the bad guy transporting a gun around Montreal (can’t say any more than that without giving away the ending). A little unrealistic, but not enough to affect the rating.

I was not personal friends with the author, but I did interact with her briefly on social media.

Best in the series.

Barbara Simons is a newly unemployed airline exec with nothing to do. Bored, she jumps at a chance to help her fabulous friends with their problems — an ex-husband hiding money and uncovering a smuggling ring.