On Saturday, we headed up to the inlaws’ cottage for an annual Thanksgiving weekend event. The weekend is a combination visit / closing up of the cottage for the winter, but it culminates in a large family dinner on the Sunday. It couldn’t be held last year, due to the lockdown world we live in, and most people in the family were happy to reunite in a double-vaccinated world with a relaunch of the annual tradition, Andrea and Jacob among the hopeful participants.

I confess that I find the event a bit overwhelming at times, to be honest, with some 30+ people in attendance. We often have busy weekends in the summers too, but without the extra pressure of a large sit-down meal. Instead, it is usually hamburgers and hotdogs, other BBQ options, or something crock-pot-based with buffet-style meals quite often and just eating out on the lawn, scattered here and there.

This year, the numbers were down a bit, with one family opting out for safety, another away on a trip, no extra bodies, etc. So it was under 25 people this year, which is also the provincial regulation (yay! although they were under anyway as the kids ate on the porch). But I still felt it was still too many, too much for me yet. I’m fine with Andrea’s parents and her sister’s family, plus us, it takes us to 8 people, and I can handle that many. However, that’s not entirely accurate either as it is 8 people I know well, and am really comfortable with, no extra social stuff going on. Immediate family, basically. But even with smaller numbers, my social quota is met pretty early. And this weekend? I was feeling overwhelmed before I even got there. So I had already decided to vote with my feet.

I had a great offer to eat with my sister and her family, but honestly, by that point, I was feeling run-down and I didn’t even want that much interaction. I just wanted to be a hermit. So I did Thanksgiving by myself, just me and my Kindle and laptop. Which might sound horrible to some, but was just right for me this year.

But one part of the weekend tradition was still alive for me. I got to see some of the fall colours on the drive on Saturday. It was really overcast, so the rich colours weren’t reflecting back, admittedly, but the rest still looked good. Andrea snapped some pics on my phone while we were driving, so not the “best” setup, obviously, but you can see some of nature’s display. 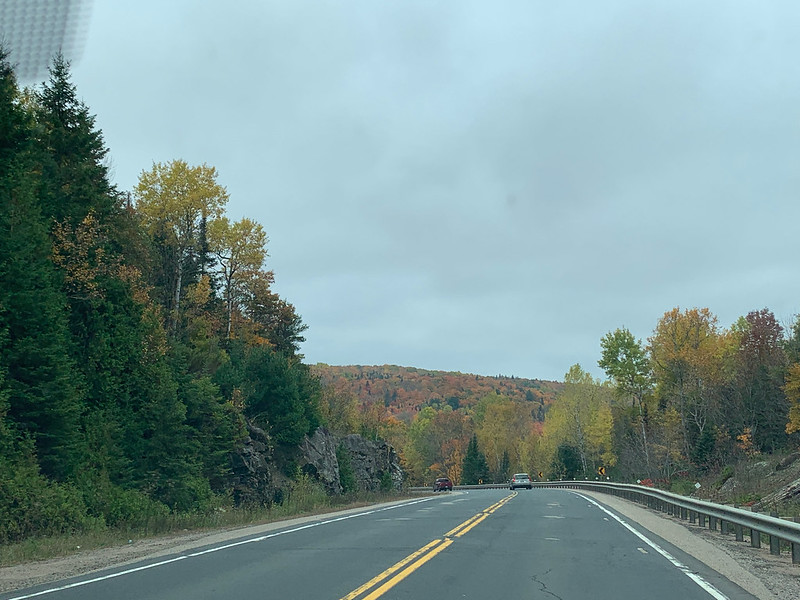 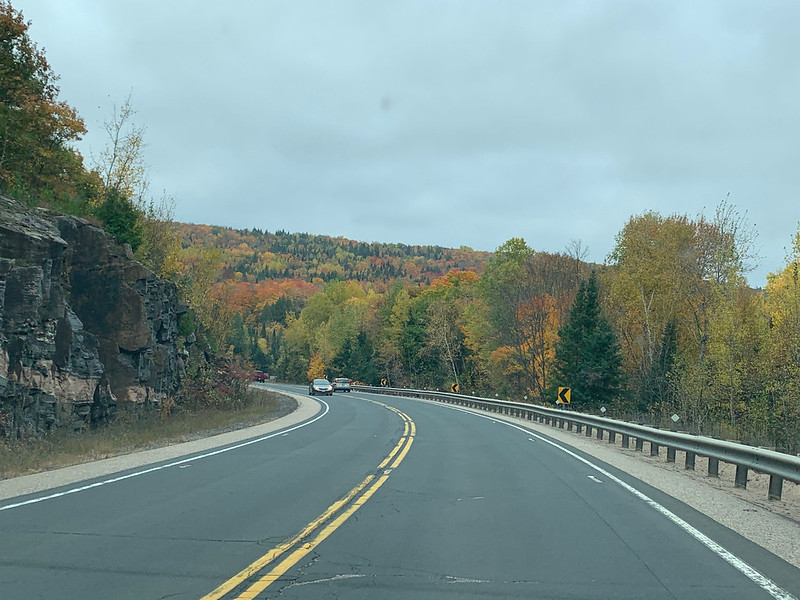 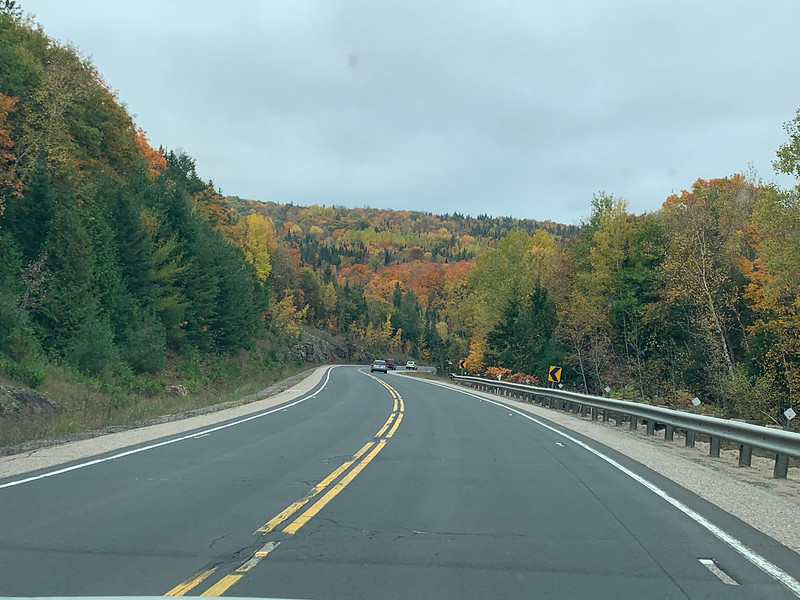 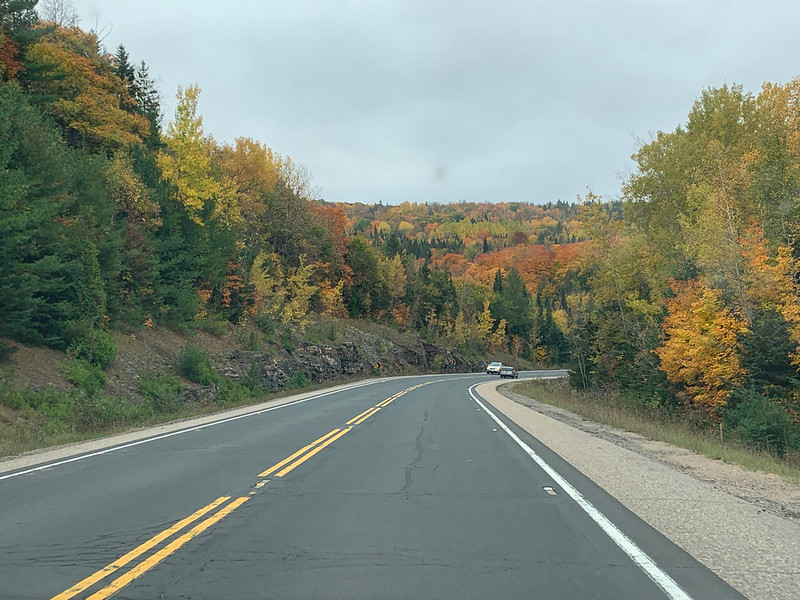